Are you trying to use a script in your project and it’s acting funny or throwing errors at you? Below is a bunch of things you can check that might help you get it working.

1. Did you put the script in the right place?
To use a script you must learn how to use the Script Editor. Open it using one of the little icons at the top of the screen or press F11. Scroll down the left window all the way to the bottom to find where it says ‘( Insert here )’. You can right click on this to ‘Insert’ a new slot for your script. Give it a name and then paste the script code in the box to the right.
This is the position where all scripts you add will go – under the ‘Materials’ and above the ‘Main’ headings.

3. Did you copy the entire script?
Maybe you copied the script from a web page that had not fully loaded yet or some other error that caused only part of the script to be copied. Try copying the script into your project again.

4. Have you read the script settings?
Most scripters include settings you can change at the top of their script and detailed info on what each setting does. Read them carefully… if you don’t understand then try them to see what happens. I include a demo with most of my scripts so if you still don’t understand, download the demo to see it being used.
A lot of scripts may use a SWITCH or VARIABLE that you can change in the settings. Make sure you aren’t using the same variables or switches in other scripts or eventing as it may change your game in ways you don’t expect.

5. Do you have the required files?
Some scripts require images or other files to make them work. This is usually mentioned in the script settings or wherever you got the script from and could be found in a script demo.

6. Did you start a new game?
If you’ve been playtesting your game and have an in-game save file… it’s a good idea to start a NEW GAME if you’ve added another script. Do not load a save file that was made beforehand as some scripts create necessary data for a game when the player begins a New Game and without that data it may cause a crash.

7. Have you checked for duplicate scripts?
Check there are no duplicates of a script in your project. This is the most common cause of people getting the “stack level too deep” error.

8. Have you checked for compatibility issues?
Not all scripts will work with each other and might cause an error if you try. If you get an error, one way to test this is to make a backup of your project folder and then remove scripts one by one and test each time until the crash or strange behavior no longer occurs.
You could also test the script in a fresh project as you might have modified one of your base rpgmaker scripts (which is not recommended).

10. Ask the community
There are many rpgmaker communities out there with helpful people such as rpgmakervxace.net and rpgmakerweb.com. If you are still having trouble after doing all the above checks, then you could post in the forum to see if someone else can find what’s going wrong. 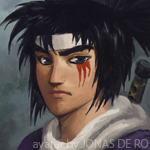